Angela + Yoni | Circus Wedding at The Muse in Bushwick

For professional performers who met at an acrobats convention in Israel, getting married at the circus studio they run in Bushwick seemed like a natural choice. “It was very easy to choose a venue that we had full control over and didn’t need to pay for,” says Yoni, 34, who operates the Muse Brooklyn with Angela, also 34. She was dancing in the finale of Fuerza Bruta when Yoni proposed in 2015 (with permission and planning help from her dance captain). Although the couple didn’t perform on their big day, Angela says, “we told our friends that we would have a dedicated time for an open stage if they wanted to do anything.” So the night’s performers included a fire dancer, silk aerialists, and one “aerial bartender,” who poured wine from on high. “The other guests were blown away,” Angela says. “It was a full show for them; for us, it’s a pretty regular day.” 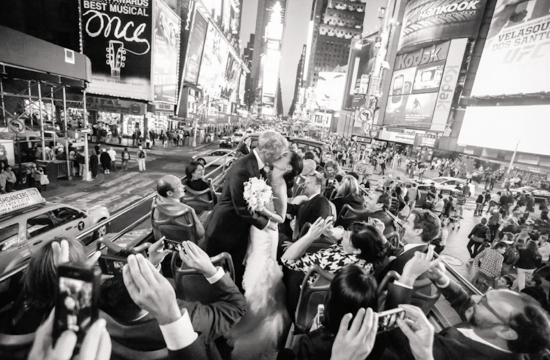 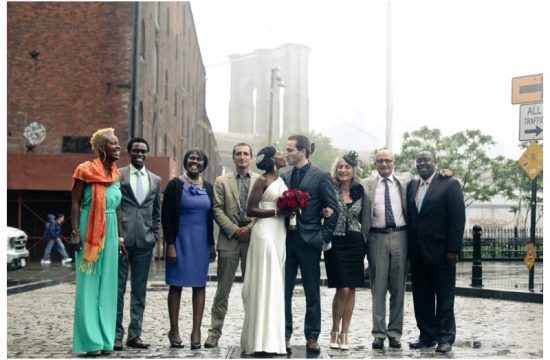 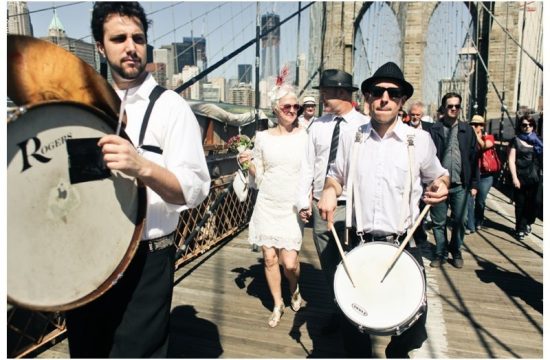 A Brass Band, The Brooklyn Bridge and Quirky Hats!